March 29 – Through the intercession of Our Lady of El Pilar, Miguel Juan Pellicer, an amputee, wakes up with his two legs (Calenda, Spain, 1640) 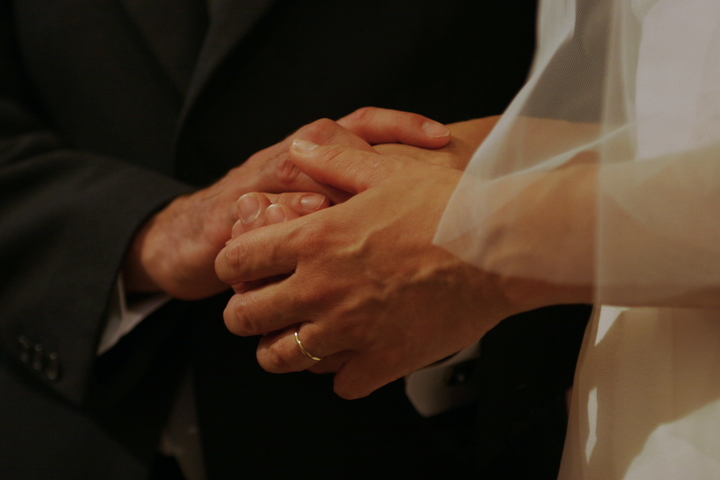 In January 2014, a young American woman called Liz Mitchell, 32, fell from the second floor of her apartment while playing with her dog on the balcony. She was taken to the emergency room at the hospital, where she awoke some time later, after being put into an artificial coma.

Her fiancé, Brian, had to gather all his courage to announce the sad news to her: she was completed paralyzed from the neck down.

Despite the shock of the news, their love and the common projects they had for their life were unchanged. Even if Liz had to remain in a wheelchair for the rest of her life, they still wanted to have the family they had always dreamed of. Following this event, the couple continued to pray to God to ask for the grace that Liz could walk again. Brian no longer thought that a miracle could happen, when Liz began to move her legs. "I can move my legs!" she cried, tears running down her face.

Liz was soon able to walk a little, enough for her to walk to the altar to marry Brian. Two years later, they had a little girl whom they called Dorothy Marie: Marie in honor of the Blessed Virgin and Dorothy which in Greek means "Gift of God"!